In 2015, the Economic and Social Research Council is celebrating its 50th anniversary.

Ushare brings you links to open learning resources that have been recommended by lecturers, teachers and learners that support SQA’s qualifications.

The 2015 ESRC Festival of Social Science will take place between the 7th and 14th November.

There are over 200 events throughout the UK. Highlights include:

Further detail can be found on the ESRC website:

SQA has received a proposal to develop NC and HN free standing units in Social Anthropology. These units could be included in the NC, HNC and HND Social Sciences awards.

SQA would like to gauge interest in this proposal. Therefore, please send any comments to fiona.mackinnon@sqa.org.uk by Tuesday 20th October 2015.

SQA is about to begin a scoping exercise to ascertain whether the awards should be reviewed.

This exercise will include market research with Higher Education and employers. If you have direct contacts in either area, could you send me their details by Friday 9th October 2015. My email address is fiona.mackinnon@sqa.org.uk 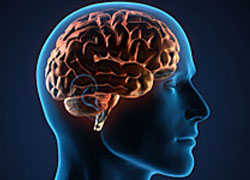 This is the blog for SQA's Social Sciences team, where you will find all the latest news, information and updates relating to the work that we do.